The lives of thousands of unborn children hung in the balance as voters in five states—California, Kentucky, Michigan, Montana, and Vermont—went to the polls last month. Lest the time that has passed cause the results to fade from our memories, let’s refresh our minds about what happened so that we can talk about why we can—and should—take courage as well as action.

Three states—California, Michigan, and Vermont—decided that there should be little protection for unborn children regardless of the child’s stage of development or the well-documented medical risks of abortion to women. Even though these states had the opportunity to protect the lives of both women and children, they regrettably voted to endorse extreme and radical abortion policies.

In Michigan, the passage of Proposition 3 allows unregulated and unrestricted abortion on demand up to a child’s birth. It even lets abortionists who commit malpractice off the hook. The health of women and their babies will be compromised under the new law, as there will be few if any restrictions in Michigan on abortion up to the moment of birth.

In addition, Proposition 3 permits sterilization for minors without the knowledge and consent of their parents. Adolescent boys and girls can now easily access medications and procedures that permanently damage their future ability to have children. Proposition 3 rejects the fundamental role of the parents to walk alongside their children during life-altering decisions. Voters in California and Vermont overwhelmingly approved proposals with similar dangers.

After an unrelenting and well-funded pro-abortion campaign, voters in Kentucky did not approve a proposed constitutional amendment that simply affirmed that the state’s constitution does not secure or protect a right to abortion or to taxpayer funding of abortion.

In the final disappointment of that election night, Montana did not approve a legislatively sponsored initiative that would have ensured that all babies born after botched abortions receive appropriate and reasonable medical care and not be left alone to die on abortionists’ tables. This initiative had simply sought to adopt the humane and life-affirming policy underlying existing federal protections for born-alive infants and mirror the strongly protective laws of more than a dozen other states.

Policies such as those now in force in California, Michigan, and Vermont—and the absence of stronger legal protections in Kentucky and Montana—undermine the ability of legislators to fully protect women and their unborn babies from the dangers of abortion. Moreover, these five states have prioritized political dogma over the health, welfare, and safety of mothers and their babies.

Despite these setbacks, the pro-life movement will continue to work tirelessly to ensure that everyone is welcomed in life and protected in law. And, to achieve this aim, states must maintain the ability to enact life-affirming laws that recognize every woman and child’s dignity and well-being.

There is every reason to believe we can achieve our goal. For example, according to a 2022 Gallup poll, “71% of Americans oppose abortion during the third trimester, and more than half oppose it during the second trimester.” A majority of Americans do not agree with the ramifications of policies like those in states like California, Michigan, and Vermont, but pro-abortion activists have worked hard to make sure that people don’t know how radical these polices are.

Already, states like Alabama, Louisiana, Mississippi, and Texas legally protect life at all stages. The example of these states should encourage other states to follow suit.

In addition to these pro-life policies, we must celebrate and channel the commitment and fervor of pregnancy care centers that consistently and devotedly provide for both mother and child during and after pregnancy. Instead of undergoing a dangerous abortion procedure, mothers can find refuge in pregnancy centers across the country that offer parenting classes and other forms of educational, financial, job-training, emotional, and professional support. The pro-life movement may have faced setbacks in November, but it has faced setbacks before and is still unwavering in caring for mothers and their babies.

Still, we must work relentlessly to stand up against abortion industry policies and practices that are clearly detrimental to both women and their babies. The United States shouldn’t have policies similar to countries like China and North Korea, permitting abortion-on-demand up to birth. But alas, we do. Among our fellow democratic countries, we are the anomaly, as our nation has prioritized harmful procedures over the best interest of women and their children.

America cannot simply claim to protect peoples’ rights and then neglect the most basic right of all—the right to life. The pro-life movement will vigilantly stand up for the wellbeing and flourishing of both mother and child.

We can take part in the movement through many ways, including electing leaders in future elections who will pursue and protect life at all stages, supporting pregnancy care centers, and conversing with our fellow Americans on the importance of valuing a life, no matter how small. 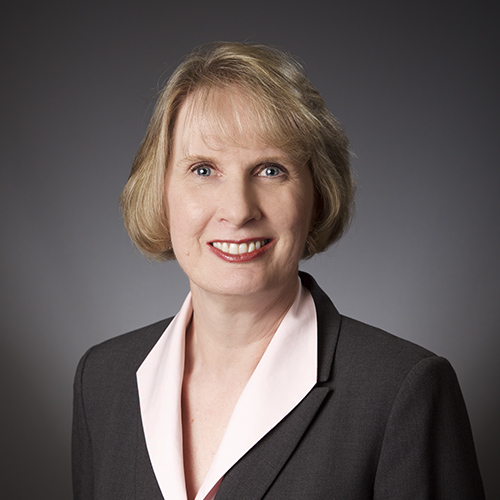 Denise Burke
Senior Counsel
Denise Burke serves as senior counsel with Alliance Defending Freedom, where she is a member of the Center for Legislative Advocacy.
View Profile