In his widely discussed speech on Sept. 1, President Joe Biden angrily criticized those who “are determined to take this country backwards — backwards to an America where there is no right to choose.” This was just the latest piece of inflammatory rhetoric from the White House since the Supreme Court overturned Roe v. Wade in June, and it’s been matched by equally radical action.

Since the court’s ruling, his administration has been exploring new ways to cloak its intent to maximize abortion on demand regardless of pro-life state laws to the contrary. The president has made clear that he expects the federal bureaucracy to push a radical pro-abortion agenda under the disingenuous banner of increasing access to “healthcare.” And Attorney General Merrick Garland has committed the Department of Justice to “be relentless in our efforts to protect and advance reproductive freedom.”

The benefit of describing the gruesome practice of abortion using terms like “healthcare” and “freedom,” it seems, is that one can disingenuously attack any opposition to those policies as “anti-woman.”

But on Aug. 23, a Texas federal judge cut through those word games and enjoined a guidance document issued by Biden’s Department of Health and Human Services that wrongly interpreted the Emergency Medical Treatment and Active Labor Act to require abortions. The court found that the guidance went “well beyond EMTALA’s text, which protects both mothers and unborn children.” And the court thoroughly explained that conclusion in a carefully reasoned, 67-page opinion.

The White House responded with uncommon fury. Press secretary Karine Jean-Pierre claimed the ruling would cause Texas women to be denied “vital care, even for conditions like severe hemorrhaging or life-threatening hypertension” and that “women may die as a result.” Apparently unsatisfied with that jeremiad, she doubled down the following day, calling the court’s ruling a “devastating decision for women in the state, who can now be denied ... life-saving care, and who may die as a result.”

Those statements part ways with reality. For starters, they contradict arguments made by attorneys from Texas and Biden’s Department of Justice.

Under questioning from the court, attorneys for Texas readily agreed that Texas’s abortion law, which restricts the procedure after a heartbeat is detected, does not preclude emergency room physicians from treating ectopic pregnancy, miscarriage, ruptured membranes, and other conditions that threaten the life of a pregnant woman or would result in bodily impairment. And members of the pro-life medical associations whom I represent as co-plaintiffs confirmed under oath that they would treat such conditions.

Far from contesting these assertions, the DOJ lawyer struggled to identify a specific type of emergency medical care that would be required by EMTALA but precluded by Texas law. He refused to concede “any daylight” between the two statutes. And he confessed ignorance as to whether or not Texas law somehow created a “gap” in the emergency coverage EMTALA requires: “Is there any type of care that would fall within the gap between Texas law and EMTALA? I am not sure.”

In short, the DOJ was unable to tell the court how Texas’s pro-life laws would prevent doctors from providing pregnant women with the emergency care they always have received, including termination of pregnancy in cases in which it is medically necessary.

So what explains the broad daylight between DOJ’s litigating position and the White House’s histrionic reaction to the court’s opinion? Politics, no doubt, plays a part. The outrage generated by abortion misinformation may prove useful in the run-up to a hotly contested midterm election.

However, an additional reason can be discerned through a careful reading of the plaintiffs’ arguments and the court’s opinion. Texas and the pro-life physicians challenged the guidance not because it requires that pregnant women receive life-saving care — the plaintiffs readily agreed that such care is appropriate and will continue to be provided in Texas. Rather, the plaintiffs challenged the guidance because it creates a federal mandate that doctors perform abortions that are not medically necessary.

The federal court agreed and described how the guidance transforms EMTALA into a federal abortion mandate. The court explained that EMTALA was passed to prevent “patient dumping,” which is the practice of refusing emergency medical care to those lacking the ability to pay. It does so by requiring that hospitals provide “stabilizing care” to all patients experiencing emergency medical conditions. The court observed that, in the case of pregnant women, the statute expressly extends that duty “equally to the pregnant woman and her unborn child.”

The court found that the guidance document ignored the physician’s obligations to unborn children: “The Guidance conspicuously eliminates the physician’s statutory duty to stabilize the health of the ‘unborn child’ when in serious jeopardy,” the judge wrote. The court rightly found it “difficult to square a statute that instructs physicians to provide care for both the pregnant woman and the unborn child with purportedly explanatory guidance excluding the health of the unborn child as a consideration when providing care for the mother.” And that omission, the court found, was critical because it would “confer upon the mother the unqualified right to abort her child,” even when the lives and physical health of both could be preserved, as EMTALA and state law require.

In other words, the court called out the Biden administration for being too clever by half in pushing the legal envelope to advance its radical pro-abortion agenda. As the court correctly found, federal regulators cannot use the levers of the administrative state to rewrite a statute that protects everyone — including pregnant women and their unborn children — into an unprecedented federal abortion mandate.

So, its gambit exposed by careful legal reasoning, the White House now retreats to hand-waving, falsely telling Texas women that their state’s lawmakers want to “deny women’s access to healthcare.” Those claims themselves are dangerous, as they may convince women in need of emergency care that is not available — or worse, illegal. That outcome, sadly, could be one tragic result of the Biden administration’s determination to play political word games with abortion. 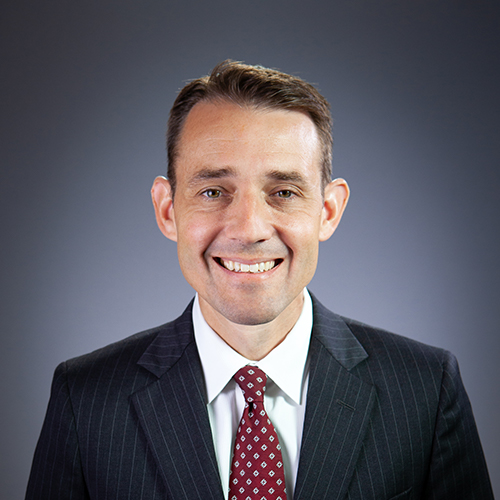