From kindergarten classrooms to human resources offices to elite academic institutions, pressure is growing for Americans to ignore what’s in front of them in favor of a new version of reality that is more “inclusive” and “updated.”

Public discourse now centers on debates about whether men can become pregnant and how to define a woman. The trend is to deny scientific reality in favor of the new wave of gender ideology.

The Biden administration has taken up the torch of this ideology by trying to redefine the word “sex” to include “gender identity” in various federal statutes, including the Affordable Care Act and Title IX, causing catastrophic effects for many groups, not the least of whom are medical professionals and female athletes.

Some doctors in Texas, though, are fighting the Biden administration in court, trying to stop this reinterpretation of “sex” in the Affordable Care Act that would force them to perform harmful medical procedures on patients seeking to alter their biological sex.

Because the Affordable Care Act, popularly known as Obamacare, draws some of its vital language by incorporating Title IX, the law that regulates school athletics and bans discrimination “on the basis of sex,” it necessarily affects Title IX and female athletics. That, in turn, led a group of female athletes to file a brief in support of the doctors’ case opposing the Biden administration’s attempt to redefine sex in federal law.

Doctors and female athletes have good reason to be worried.

Reinterpreting “sex” in these federal statutes would erode the basic biology that forms the foundation for science and medicine. For instance, forcing doctors to pretend that a patient cannot have prostate cancer because the patient identifies as a female will put health care professionals in an impossible situation.

And remember, this is not about ensuring access to particular procedures—some doctors do that willingly. This is about the Biden administration’s forcing doctors to get in line with an extreme political agenda, even if it means violating their conscience and forsaking their medical judgment.

And, as many now know, gender ideology also is changing the landscape of women’s sports. In 1972, Congress created Title IX to provide equal opportunities for women in education. Title IX then paved the way for women to have their own sports teams, and the next 50 years led to generations of women holding their own in sports competition.

College athlete Maddie Dichiara is one such woman who has benefited from Title IX. She has joined the growing chorus of female athletes who are concerned that the Biden administration is threatening the very existence of women’s sports.

Dichiara plays soccer for the University of Houston on a full scholarship. But the recent shift to include gender identity in the definition of “sex” already has begun to threaten the benefits that Maddie and thousands of other women enjoy.

The devastating consequence of allowing men to compete in women’s sports was probably most strikingly visible when University of Pennsylvania swimmer Lia Thomas handily won the women’s 500-yard freestyle at the NCAA Division I Championships.

Thomas, who used to swim for a male team, beat two former Olympians in the same race. Some observers said Thomas hardly tried. But the women in the pool knew they were racing for second place.

Chelsea Mitchell, a Connecticut high school track standout, faced a similar situation when she was forced to compete against two males. Mitchell was one of the fastest women in the state and secured eight state championships. She would have won 12, if not for the males who breezed by her to come in first place.

It’s personal for Mitchell and Dichiara, who both joined the legal effort to support the doctors’ case in Texas. Allowing males to compete in women’s sports strips women of the opportunity to be champions.

This harmful gender narrative doesn’t affect only doctors and athletes, though. It endangers private female spaces. Once New Jersey agreed to house inmates according to how they identify, a male who identified as female impregnated two female inmates.

Or take homeless shelters that house women who have escaped from sex trafficking or have been abused by men. Redefining “sex” and allowing men to access a delicate, women’s-only space can endanger women mentally and physically. That threat almost materialized in Anchorage, Alaska, but for legal action by Alliance Defending Freedom.

Until a few years ago, everyone could agree on at least a few basic truths. Now, Americans are being told to ignore reality and the basic biological differences between males and females.

The Biden administration’s radical gender ideology agenda will endanger medical professionals, destroy women’s opportunities, and silence opposing viewpoints. Thankfully, female athletes such as Maddie Dichiara and Chelsea Mitchell are taking the lead to return us to the reality that this administration won’t acknowledge. 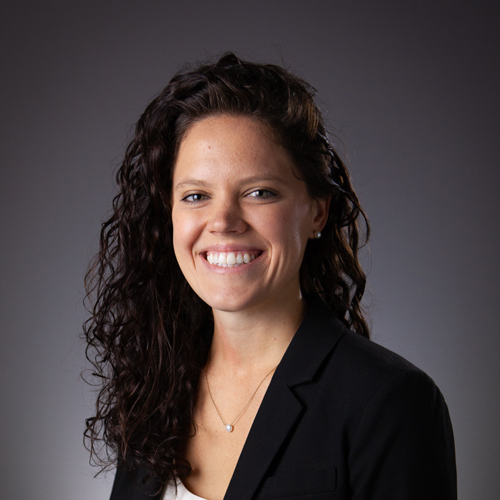