Editor's note: The following piece originally appeared at The Federalist.

The Satanic Temple, an organization that uses religious trappings for the purpose of undermining constitutionally protected freedoms, sued the city of Boston last year, seeking to force it to allow the temple to lead a “prayer” before a city council meeting. The district court dismissed some of the temple’s claims, including that prayers before the council constitute private protected speech.

But after the U.S. Supreme Court this year found that excluding a Christian flag from a Boston city-owned flagpole violated the First Amendment free speech rights of the group that wanted to fly the flag, the Satanic Temple asked the district court to reconsider its earlier decision, asserting the Supreme Court’s ruling supports the temple’s free speech claim. But does it really?

That legislative prayer constitutes government speech is settled law. The Satanic Temple’s focus on a single prong of a multiprong test is clearly wrong. Further, the temple’s alleged “prayers” are inconsistent with the recognized purpose of legislative prayer.

Legislative prayer offered at public meetings is government speech. The Supreme Court determined years ago that prayers opening government meetings are an act of the government. Justice Sandra Day O’Connor analyzed and rejected the idea that prayers opening a council meeting constitute private speech, noting there was not “a single case in which a legislative prayer was treated as individual or private expression.”

Despite this settled law, the Satanic Temple argues that these prayers are private speech because they are not spoken under the “active control” of the legislature. They argue this because the Supreme Court, in the Boston flag case, identified the level of government control as one prong used to distinguish government from private speech. But, alas, the Satanic Temple’s “eureka” moment fails.

In the flag case, Boston deemed the flagpole a public forum for private speech and encouraged private flags to fly. Nothing unconstitutional there. In contrast, with legislative prayers, the Supreme Court has held that the Constitution prohibits the government from scripting them and requires the government to impose editorial limits. Government cannot permit prayer practices that “denigrate nonbelievers or religious minorities, threaten damnation, or preach conversion,” nor must a city council be subjected to a “political harangue” under the guise of “supposed prayer.”

Atheists Do Not Appeal to the Divine

Nearly 40 years ago, the Supreme Court stated the obvious: The purpose of legislative prayer is to “invoke Divine guidance” on deliberations of a public body. Since then, courts have upheld rules in Congress and state houses that exclude atheists from opening prayer ceremonies because atheists will not appeal to the Divine and thus cannot further the purpose of legislative prayer.

Legislative prayer is not simply words of encouragement and aspirations, philosophical platitudes, or a free-for-all. Rather, it appeals to a higher power for wisdom and favor. The Satanic Temple identifies itself as “resolutely non-theistic,” rejecting the supernatural. The tenets of the Satanic Temple reject the very existence of a Divine spiritual being; they cannot further the purpose of legislative prayer. Nor does the temple believe in Satan. It claims it “fights for securalism.”

At bottom, we are where we began: The Satanic Temple is using legislative prayer to advance its political agenda — to end legislative prayer in Boston. The temple uses the trappings of a “religious group” — complete with meetings, rituals, and iconography — to make politically unacceptable demands to silence people of faith. They demand that communities that allow Christians equal access to public spaces let the Satanists openly pose as equal people of faith, or else exclude the Christians.

The temple’s website states that it “engages directly in politically charged campaigns” where public religious displays are found. Where “evangelicals have . . . Bible-based after school clubs, the Satanic Temple has offered . . . AFTER SCHOOL SATAN CLUBS” (capitalization theirs), an effort ostensibly designed to cancel the Christian clubs. And it established a “Religious Reproductive Rights” campaign with the specific aim of tearing down state pro-life laws it apparently assumes are all rooted in nothing but religion. Demanding the podium to deliver a “Satanic message” as a supposed legislative prayer is just one more stunt consistent with the Satanic Temple’s avowed objectives.

In truth, these particular Satanists would rather silence legitimate prayer than deliver their own message. They can try, but the Supreme Court’s decision allowing Boston to fly a Christian flag cannot help them. 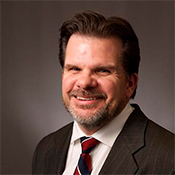