Among the triumphs of originalist interpretation and common sense that characterized so many of the decisions of the 2021 session of the U.S. Supreme Court, one of the quietest and most important was the one affirming that religious organizations are allowed to be religious.

That decision, in Carson v. Makin, focused particularly on the right of religious private schools to enjoy equal access to government funding. It also took a major step toward reconciling some long-standing legal confusion on how the two religious freedom clauses of the First Amendment relate to one another.

That elevation of one constitutional directive over the other is historically inaccurate, ignoring the plain fact that both clauses were written by the same men and placed side by side in the same amendment … a clear indication that the authors intended the two ideas to complement, not undermine or conflict with, each other. Our government was meant to be neutral — neither directing people in their religious beliefs nor getting in the way of them.

Nevertheless, whether out of poor constitutional scholarship or a deep-set hostility to religion, many states — including Maine, whose statute was implicated in the Carson case — have long referenced the establishment clause (and often its state counterpart — Blaine Amendments) to justify their refusal to share public funds with religious schools. That withholding, in turn, has denied countless parents the option of affordable private education for their children … simply because the education was provided in the context of religious faith.

The 6-3 Carson decision is the latest addition to a lengthening series of Supreme Court decisions refuting the states’ anti-religious bias. In Trinity Lutheran (2017) and Espinoza (2020), the court has repeatedly affirmed the position that states can’t discriminate against a private school based on its religious status. In other words, the government can’t withhold its monies just because a school is founded and run on religious principles.

Carson makes that directive even more explicit. The justices determined that, in their enthusiasm for the establishment clause, Maine officials (like those in so many other states) were stepping on free exercise rights. Under Carson, states can not only direct public funds to religious private schools but are required to do so in fair balance with what they give to secular institutions.

Essentially, the high court moved to restore the view that the objective of the establishment clause is not hostility to religion but neutrality. And neutrality is anything but, if you punish one group for holding to the ideas that make them who they are while rewarding another with whose views you happen to agree.

Across America, private religious schools (and the parents who support them) have been told that ignoring their deepest convictions is the price of receiving government funds — a Hobson’s choice that, for many, confounds their ability to “freely exercise” their faith. Carson, relying on Trinity Lutheran, is a strong move to restore a more correct and balanced view of church-state relations.

The decision may also influence legal interpretations of the Biden administration’s increasingly aggressive efforts to revise Title IX legislation, reinterpreting terms to accommodate the LGBT agenda. These efforts seem grounded in the notion that, as the argument goes, because religious groups “discriminate” (or, more accurately, operate according to their beliefs), they can be denied government benefits. Carson refutes that premise, stating that government officials cannot discriminate against religious groups because they are religious and operate according to their religious beliefs.

Of course, government neutrality is of little interest to those convinced the state should be the ultimate arbiter of the personal beliefs of its citizens. Indeed, the very idea of neutrality poses a particular threat to those most persuaded of their own moral superiority and their unrelenting obligation to impose their beliefs on everyone else.

That’s why these decisions, from Trinity Lutheran to Carson, are a triumph for true government neutrality and religious freedom. Unfortunately, they won’t mark the end of efforts to undermine private religious education. They are great victories, but the struggle for hearts and minds and conformity goes on. 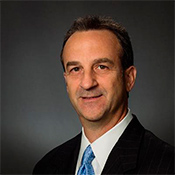