One Georgia mother found out the hard way that raising concerns about the content and age-appropriateness of a picture book shown to young children at school was forbidden.

Lindsey Barr, who was also a substitute teacher for the Bryan County School district, expressed concerns over drawings in that picture book, which was going to be presented to students — including her own young kids — at McAllister Elementary School in Richmond Hill during a read-aloud story time.

Shortly after voicing her concerns over the book that contained several illustrations of same-sex couples parenting and expecting children, the school principal fired Lindsey, and she was locked out of all substitute teaching jobs in the entire district.

Lindsey was punished simply for expressing her viewpoint, fired from a job at which she had excelled. And sadly, her story is not unusual. Across the country, many parents who dare ask questions about school curriculum or an administration’s policy are being shut out of the conversation or censored.

Which is why I joined the fight.

I never dreamed this would be necessary, but today I serve as the director of Alliance Defending Freedom’s Center for Parental Rights, which exists to protect the fundamental right of parents:

Who would have thought we would have to defend in a court of law the rights of moms and dads to be involved in their kids’ education?

But we can’t even keep up with the requests for legal help. Our team is inundated with stories of parents whose local public schools have withheld vital information about their child or dismissed valid concerns.

Mr. Carlos Ibañez and his wife immigrated to the U.S. from Panama and moved to the Charlottesville, Virginia, area because they wanted a better life for their family and for their children to benefit from the opportunities available in America. But after a troubling incident his daughter had at school where she was shown a video in class that told her that students of color (like her) could not live in a nice house, she was upset and confused by the message.

The Ibañezes voiced their alarm to their daughter’s teacher, but they were brushed off. They were understandably upset that their concern about the effect such racist ideology had on their daughter was being ignored.

That’s why Carlos and his wife — along with a group of other religiously, ethnically, and politically diverse parents — decided to file a lawsuit against the Albemarle County School Board for enacting racially discriminatory policies and indoctrinating students in a harmful ideology.

What we’re seeing in Bryan County Schools in Georgia, Albemarle County in Virginia, and across the country are parents who are upset and frustrated because they too believe in public education and see room for improvement in some areas but are being excluded from helping to make it better. They want to work with their schools, but many officials are rejecting their efforts and ignore their concerns.

And they aren’t getting much support from the government either. Only 15 states have statutes that define and protect parental rights.

There’s not one right way to raise a child, and every kid is unique. That’s why every parent fundamentally has the right to direct the upbringing of their child, and that includes engaging in mutually respectful dialogue with the people who are around their child at school.

As more and more parents like Lindsey and Carlos bravely speak out, we are seeing some school boards lean in. Others are being made to listen, whether through elections or lawsuits. Parents have the constitutional right to express their dissent when policies and curriculum are compelling their kids to accept harmful ideologies regarding race or gender.

People have different opinions on where public education is failing, but one thing is certain: Kids bear the brunt when superintendents and school boards usurp the role of parents. For the good of students and the public school system, school officials must recognize and listen to parents’ concerns. Their roles are complementary, not incompatible. 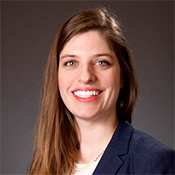